In 2020, I have donated 4252 SEK (about 418 EUR) to charities. It is a small amount, but not insignificant comparing to my income. This is also the first time in my whole life that I started to donate regularly to charities. What changed me? 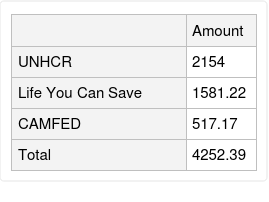 As I mentioned in my earlier post, one reason that I became a vegan is because of the book Animal Liberation by the philosopher Peter Singer. However, the first and for me the most important book by Singer which I read, also in 2020, is How Are We to Live. 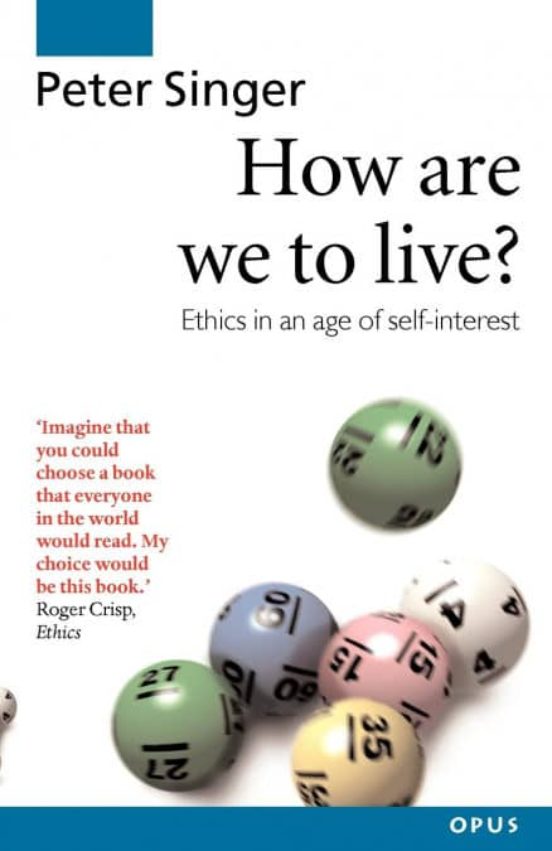 In this book, Singer recounts what he saw when he visited the Department of Philosophy of New York University in 1973 --

Until my arrival in New York, I had never known anyone who was seeing a psychotherapist as much as once a week; but as I became acquainted with a circle of New York professors and their spouses, I soon found that many of them were in daily psychoanalysis. Five days a week, eleven months of the year, they had an appointment for one hour, not to be broken under any circumstances short of a life or death emergency. ... I asked my friends why they were doing this. They said that they felt repressed, or had unresolved psychological tensions, or found life meaningless. I wanted to pick them up and shake them. These people were intelligent, talented, wealthy, and living in one of the world's most exciting cities. They were at the centre of the greatest communications hub in history. ... If these able, affluent New Yorkers had only got off their analysts' couches, stopped thinking about their own problems, and gone out to do something about the real problems faced by less fortunate people in Bangladesh or Ethiopia - or even in Manhattan, a few subway stops north - they would have forgotten their own problems and maybe made the world a better place as well.

Another book by Singer which has also changed me is The Life You Can Save. 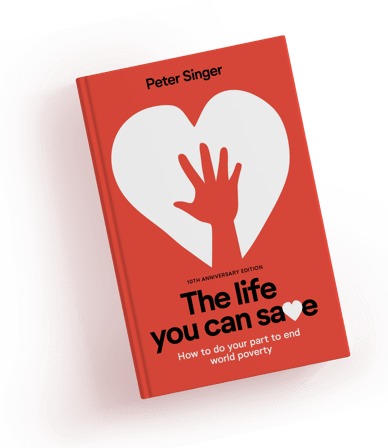 The book starts with a now famous thought experiment

On your way to work, you pass a small pond. On hot days, children sometimes play in the pond, which is only about knee-deep. The weather's cool today, though, and the hour is early, so you are surprised to see a child splashing about in the pond. As you get closer, you see that it is a very young child, just a toddler, who is flailing about, unable to stay upright or walk out of the pond. You look for the parents or babysitter, but there is no one else around. The child is unable to keep his head above the water for more than a few seconds at a time. If you don't wade in and pull him out, he seems likely to drown. Wading in is easy and safe, but you will ruin the new shoes you bought only a few days ago, and get your suit wet and muddy. By the time you hand the child over to someone responsible for him, and change your clothes, you'll be late for work. What should you do?

Most people will say that we should save the child. The value of a pair of new shoe cannot be compared with the life of a child. But Singer then asks why is the case that each year 5.4 million child die of mostly preventable diseases, while the world largely looks away? If each of us who live in wealthy countries is willing to give the amount of money comparable to a pair of new shoes, we could have prevented a large portion of these meaningless death. But how come we pretend that we do not see these millions of dying children? (By companions, the COVID-19 pandemic which shuts down the economy of all western countries has killed 2 millions at the time of writing.)

These are two rather simple argument, because I found them clear, sound and profound. That is why I have decided to begin to donate with small amount. And if I get to a position with a bit of financial security, I will donate more. Since I never wanted a life of luxury, I will probably be able to save a bit to give away by the end of my life.